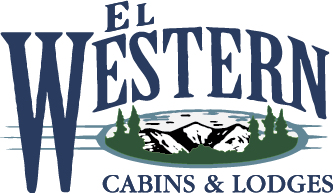 El Western is a rare remaining glimpse into the changing nature of the west over the past 6 decades. Begun in 1948, El Western played host to those first discovering the sport of fly-fishing and the beauty of the Madison River Valley. Although ranching was the primary occupation of the residents of Ennis and the surrounding area, many wealthy and notable guests came to spend their summers enjoying the growing sport of fly-fishing in this "exotic" location.

Neil and Maude Morgan, with their sons, Tom and Jerry, built and developed the first 8 cabins, home, and office from 1948 to 1956. Later, the property on the other side of the highway was added, making 16 total acres. The Moose Lodge came as a part of that addition. In the 1960s and '70s, 4 large cabins, a restaurant (The Country Kitchen), and "Mary's House" (later the Trout Lodge) were completed. Although ranching continued to dominate, fly-fishing grew in importance to the economy of the valley during those years. Tom Morgan became a well-known fishing guide and went on to purchase the Winston Rod Company after his family sold El Western.

The Morgan family sold the property in 1975 to interim owners. In 1979, it was sold once again to Ted and Bobby Bjork. The Bjorks, originally from Wisconsin, had been living in Birmingham, Alabama. On a snowy November day, they visited the property and immediately gave up corporate life to follow their western dream. For the next 18 years, they restored, expanded and maintained El Western. The restaurant became a tackle shop. Two more large log cabins were added and the lawns and flower gardens were improved.

Beginning in 1997 - April 2021, Kris and John Hauck operated El Western Cabins & Lodges after taking over for Kris' parents (the Bjorks). After 22 years as Air Force gypsies, Kris and John, along with their children, Brian and Lauren, arrived to make El Western their home and second career. Having added the Eagle's Loft in 1995 and remodeling the restaurant/tackle shop into a conference center in 1998, the El Western is the property you see today.

Timeless, independent, and family-owned. We welcome you to El Western Cabins & Lodges. "A Montana Tradition since 1948."